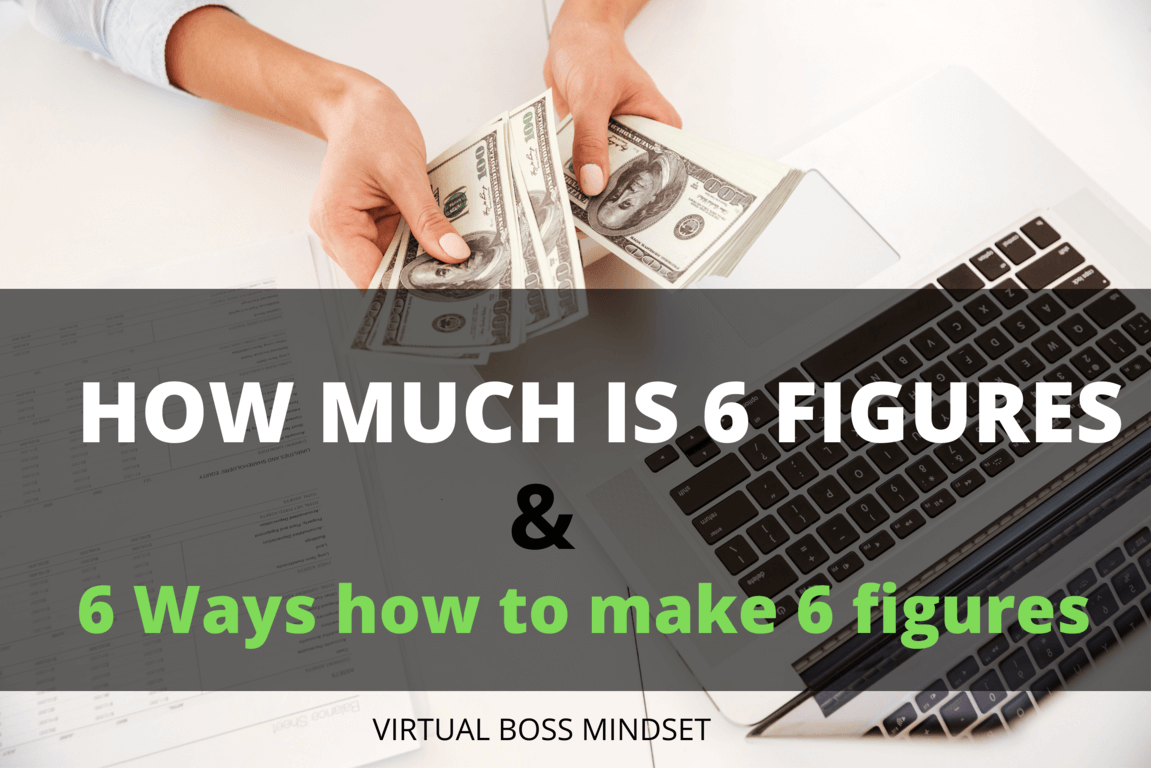 When you hear an influencer or someone say they’re making six figures in their business, they are referring to money in figures between $100,000  and 999,999.

Making a six-figure income is a lot of people’s goals when they have an online business that’s making them money. I hear it all the time in Podcasts, in Youtube videos, and on Blogs, that most entrepreneurs are looking for ways to make a six-figure income.

6 ways How to make six figures

Here are 6 ways on how to make six figures explained.

You can make 6 figures by selling white label products through Amazon FBA. This is also a passive income stream as you can even make six figures while you sleep.

This 6 figure strategy has been around for years and often times I would watch youtube videos where successful Amazon FBA sellers share their income reports for the month. There are some people that are actually making 6 figures a month!

In my previous post on how to make money online, I shared some info on real estate wholesaling. You can make a six-figure income without a real estate license. A Real estate wholesalers’ job is to find a property that is really distressed or vacant and negotiate with the homeowner for a very cheap price then resells it to a cash buyer for a profit.

This is a six-figure income where you don’t need money to actually make money. However, you’d need to invest a lot of time when you’re using free tools.

Making a six-figure blog takes a lot of time. In order to get the best out of blogging, you have to treat it like a business. Making a 6 figure income through a blog isn’t easy but it’s doable. If you are hoping to start a blog soon, you should know that just like any other business that has a plan in place, you must also have a plan for your blog.

I’m so inspired by many bloggers who are making six figures with their blogs. My blog is 2 years and 60 days old at the time of this post so I haven’t made 6 figures with it yet.

My goal for 2022, is really to level up my finances and make enough from my blog. People make six figures selling ebooks, courses, promoting products, and selling printables on their blogs.

I have to include this as one of the ways to make a six-figure income.   I am so inspired by some of the people I am friends with on social media who have shared how they are making more than 20k a month writing as a freelancer on Fiverr.

If you’ve checked out Alex Fasulo on Tiktok, you’ll see how she’s sharing her story about quitting her corporate job at 22 years old and making over 350k six-figure income as a full-time writer on Fiverr.

This year affiliate marketing became more and more popular and it’s definitely a way to make six figures. If you have a large audience on social media and promote your affiliate products to, you can even make six figures per month, no kidding! Think about having 100k followers and about 3% of your audience actually loves what you’re promoting.

If you’re promoting something that will pay you a $49 commission, that means you are making $147,000 of six-figure income!  This is why affiliate marketing works to generate six-figure income monthly or yearly. Think about it, you can actually make 7, 8, or 9 figure income.

Influencers, Mentors, Keynote Speakers, and Course creators are actually making six-figure incomes because of their impact on the people they are delivering to. There are people who charge thousands of dollars for mentoring, for example, the real estate industry. People will pay $15,000 for a mentor to help them grow their real estate investment business. I know this because I have been around many real estate professionals and have learned a lot.

These mentors will pay great commissions to sales closers to convince people to buy their mentoring package.

Now that we’ve looked at 6 ways how to make a 6 figure income. What’s your takeaway? And how are you going to make six figures, even 7, 8, and 9 figure income?

My name is Kerry. I'm an online entrepreneur and sales coach who is passionate about helping others find ways to make money online and in their business.

If you haven't already, please subscribe to my weekly newsletter where I share the latest work-at-home or Freelance job opportunities and how to get sales into your business. 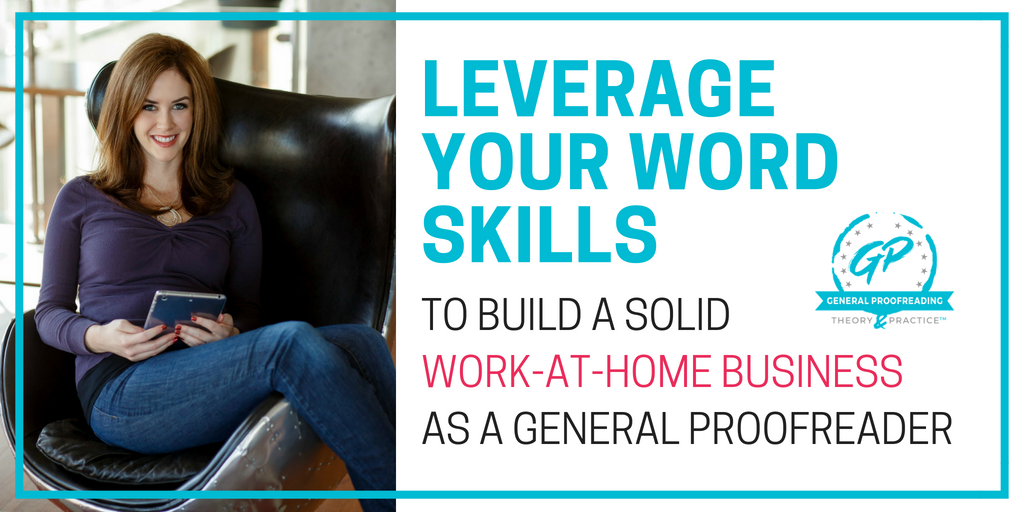 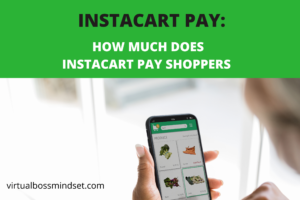 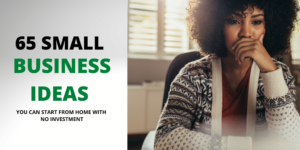 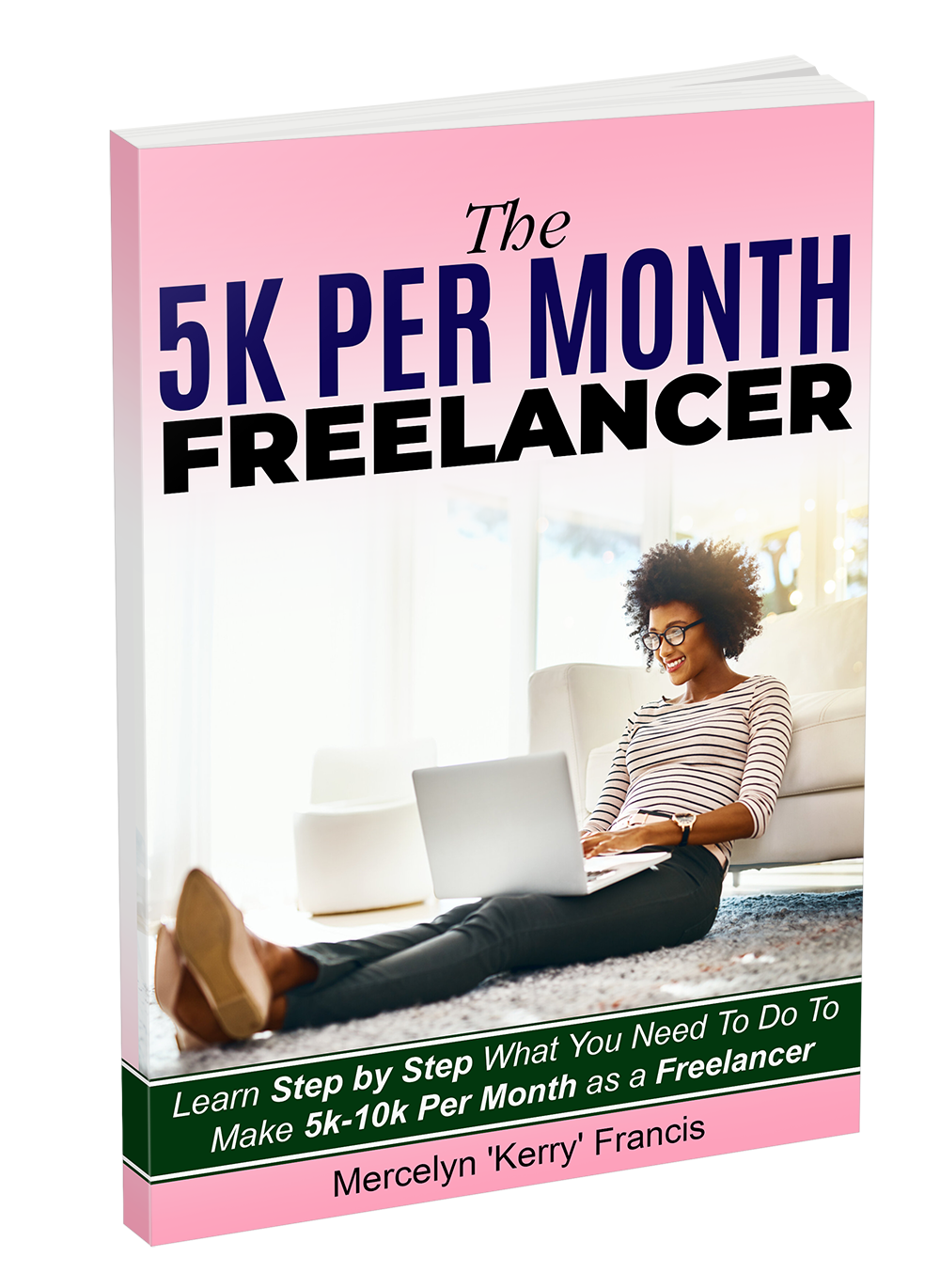 GET THE 5K PER MONTH FREELANCER GUIDE

Learn Step by Step How you can make 5-10k per month with my exact Blueprint.